Went exploring an underwater shipwreck with an HTC Vive tonight, complete with schools of fish, sun rays through the water, jellyfish and a huge whale swimming up to me. Was a full room VR demo – I had an 8×8 space to walk around in. What fun! It felt amazingly real from the get go – and boy did the “real” room seem drab after being submerged in a hyper colored world.

The sunlight piercing the water above me was perfectly rendered through virtual waves – it really was just like being about 50 feet underwater, standing on the deck of a sunken ship.

I had fun trying to “poke” the jellyfish that was swimming a little too close to my head for comfort (you *know* it’s virtual…but it’s hard to remember) and it backed off from my hand every time. I’m sure that’s how the developers are dealing with the fact that although I can see it, and walk through it, there’s no real physics going on: I can’t feel any interaction. Although, as per one of my previous posts…there are a multitude of companies working creating physical weight surface interaction in VR.

When VR does get to the point where you are able to reproduce physical interaction, I’m not sure why you’d want to leave to be honest. The world is prettier, brighter, programmable – much better than reality. It feels remarkably similar to what I felt like after watching avatar back in 2011, only better.

No pics of me flailing about in public with the headset on. Probably for the best.

Would love to try this game. I’m not much of a gamer but I think I could be convinced with Virtual Reality. It looks eminently hyper realistic, and if even close to the experience I had with the fishes – a joy to get lost in.

There was a {lively} Facebook discussion in the Global Tech Women group, in response to this casting call for a new cable TV show about women entrepreneurs looking for angel investors.

The discussion really took off, over the age cap in the requirements:

“Are you a female tech entrepreneur looking for venture capital? We’re an established NYC TV production company looking for dynamic women 21-40 for a new series we’re developing for a major cable channel. If you’re working on an app or another tech project and looking for an angel investor, we want to meet you!”

The gist of the Facebook discussion was that women already have such an uphill battle in the tech/VC world, why does the show want to only feature young women? Particularly when every other business “reality” show features men and women who are all over 40? – Viewing demographics seems a too facile answer.

At any rate, Sage Lazzaro was listening and wrote an article about it; here’s the link.

And here’s my accompanying graphic, to illustrate the Facebook discussion. 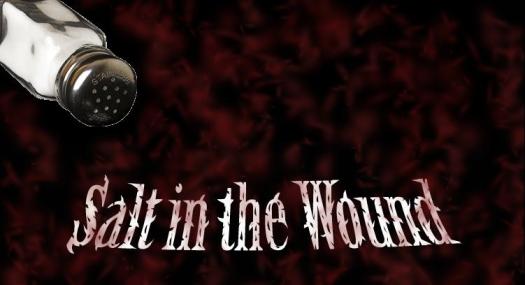 One of the major challenges facing virtual reality is that when you’re visually immersed in another world, your internal body mechanisms are screaming “Danger Will Robinson!” since they know you’re not *actually* moving/flying/speeding/whatever. There are plenty of companies working on simulating all that, to trick your brain into coming along with your eyes; but it it’s early days for VR, it’s even earlier days for that.

Take for example, the situation where you’re exploring Mars. As one does (or will be!). How are you “moving” through the terrain, without your legs actually moving? – and if you do decide to walk, how big is your living room?

If you’re driving. how will it feel if there’s no acceleration?

Things like that drive your brain batty. And create nausea / cyber sickness in about 2/3 of people using VR.

Another problem is that you can’t actually interact with anything in VR {yet}. So, can’t crash into walls, fall, pick something up….shakes someone’s hands…it’s like being a ghost!

So you can see all this cool stuff around you but actually interacting with it all is still a challenge. One that many companies are working on solving.

Some solutions these days include relying on game pads or sticks to interact with virtual objects. While practical and, in some cases, effective, it’s not ideal. In addition to not taking into account fine hand and finger motion…and it also doesn’t match what your hand is actually doing in the virtual environment. So yet another point of discontinuity between your hands and brain (more opportunity to get sick).

There are VR gloves, of course, which – while they do come a bit closer to how real hands and fingers work – leave out natural feedback (resistance) that is necessary when “picking up” objects in the virtual world. In order to grasp and pick up a virtual object it has to feel as if you’re holding an actual one.

One company who’s working on the “being able to touch” something in VR is Dexta Robotics, a Chinese company that has developed gloves that not only track the location and movement of fingers for input, but the gloves also apply “force” to simulate actual objects. Importantly, the resistance changes depending on the virtual material you’re interacting with; bouncy like a rubber ball, hard if it’s wood.

Genius. And paving the way for truly immersive interaction. No launch details available yet though *sigh*.

Still, I have to wonder: with all the suiting up you’re going to have to do, to properly experience immersive VR experience though – headset, exo-skeleton gloves, pressure suits, rotary treadmills – how easy will it be to actually fully engage?

Going to put some thought towards what future VR interaction will look like. Because all this gear just isn’t practical.

And it’s still not even multiplayer!